Camera Pr0n OR Packing It In For Our Mediterranean Trip

First, a confession:  I am an unrepentant certified, chronic over-packer.  I want to make sure that I have “stuff” to cover all of the myriad possibilities of what might happen.  I can’t count how many times I have returned home from vacation with a suitcase half full of clean clothes that I never needed.

I’m no different when packing the photography gear.  So why should this trip be any different? The only thing that kept me from taking EVERYTHING is that I had to fit all the critical bits into my carry-ons.  (All the breakables into a backpack but some of the little stuff like cables, extra batteries, and such– those could go into my other rolly bag along with my extra shoes and undies!)

So here is the “stuff” that needs to go into the pack: 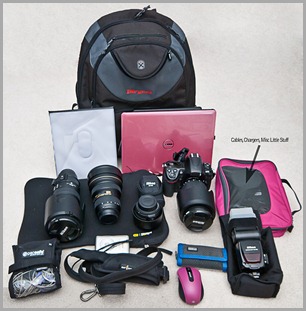 So let the creative packing begin!  The backpack is a basic Targus – a big main compartment with a laptop sleeve and some smaller zippered sections front and side.

Laptop slides into the back. Slip in LumiQuest.  Then 70-200mm and the 14-24mm lenses share a neoprene laptop sleeve (a freebee from BestBuy!).  Shove the longer lens into the bottom, fold, add the 14-24mm and we save space and offer a bit of bump protection.  SB-800 in its case sidles up next to that. 50mm in a little pouch goes in next then the camera with 24-70 attached slips in with a bit of padding around that.  Shove PacSafe into a side pocket for easy access, stuff all the little stuff in the other outer pockets and throw a couple of ball bungees in the top so that I can secure the backpack to my small roll-on luggage bag. The pack is now stuffed with no room to spare and I have a 22 lb weight attached to my back.  UGH!

So after packing all of this gear, I suppose you might wonder what actually got used.

Well, the laptop was a definite must so glad that I had it.  Even if I didn’t do any post processing work, it was nice to be able to look at the pics on something larger than the LCD of the camera. Not to mention, that I felt much better knowing that I had file backups of everything.

As you might have already guessed, the 24-70mm lens was the most used.  It is certainly the work horse of the bunch.  This was followed closely by the 70-200mm.  On the tours, it was “Spray, pray and move on to the next place!” That didn’t leave much time for exchanging lenses.

The least used lens was the 14-24mm. I had just gotten this before the trip and had not had much of a chance to work with it yet.  I did do some shooting around the ship with it though.  Here’s one just for fun: 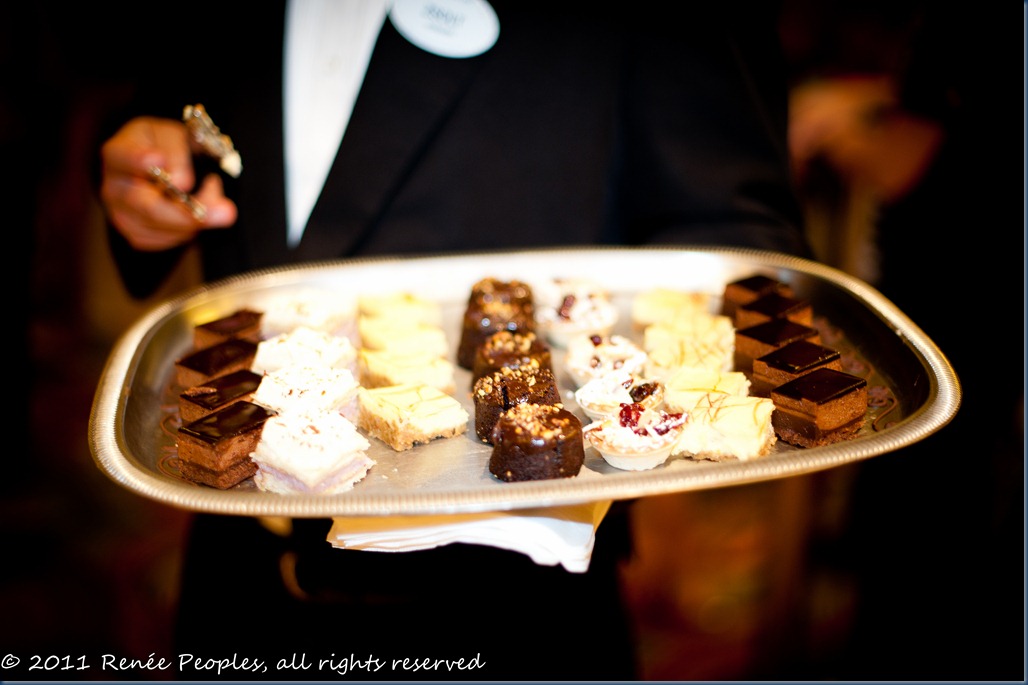 Completely forgot that I had the Canon P&S. Wish I had thought to take it to Sorrento in the rain but oh well , guess we’ll have to go back! 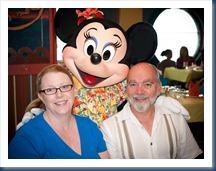 Flashes were overkill. I popped the SB-400 on for our character breakfast pics but that was about it.

The SunSniper strap got used about half of the trip.  I made the ultimate mistake of using an un-modified quick release plate as the connector instead of the swivel screw from SunSniper.  Walking through Topsiders Buffet, the ring came off.  (GASP!) But I had rigged a “safety strap” so all was not a disaster.  Of course, without pliers, I couldn’t unscrew the QR plate and had to fall back on my Optech strap.

I have to say that for my first foray in Europe, I learned a lot!

And most important….We WILL go back!

This entry was posted in Uncategorized and tagged Disney, gear, travel. Bookmark the permalink.